Professor Paul Spicker is a writer and commentator on social policy. His published work includes nineteen books, several shorter works and 90 academic papers. A range of work is available on open access on this website. His studies of housing and welfare rights developed from his early career; since then, his research has included studies related to benefit delivery systems, the care of old people, psychiatric patients, housing management and local anti-poverty strategy. He is a consultant on social welfare in practice, and has done work for a range of agencies at local, national and international levels. After teaching at Nottingham Trent University and the University of Dundee, he held the Grampian Chair of Public Policy at Robert Gordon University from 2001-2015. He is now an Emeritus Professor of RGU. In 2018 he was a Fellow of CROP, the International Social Science Council's Comparative Research Programme on Poverty, and a Visiting Fellow at the University of Lodz in Poland.

Paul Spicker's books have been published in 14 countries and 9 languages. They include: 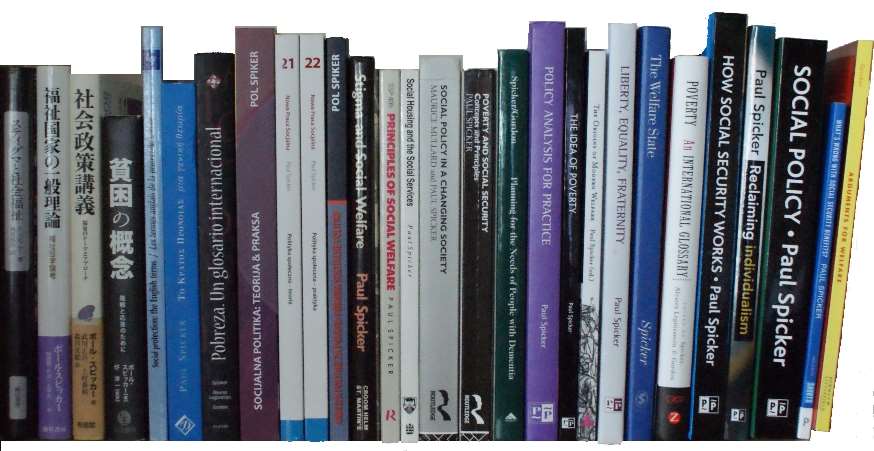 There are longer publication lists on Google Scholar and ORCID. Click on the links for more details.

The page of Open Access materials in this blog includes previously published books, papers and reports. Six of the books listed above are now available free of charge on open access: There are web pages to complement Social Policy: Theory and Practice and How Social Security Works.